Rebuilding The Heathit AT-1 Transmitter - Sources for New Parts

I researched and ordered the new parts I would need. 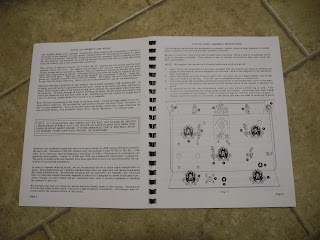 First was a new manual, as there were no complete manuals available on the Internet. I ordered a manual from The Manualman, a source I've used before and which offers very high quality spiral bound reproduction manuals. It arrived within a few days and was very clean and complete with foldout schematic and illustrations. 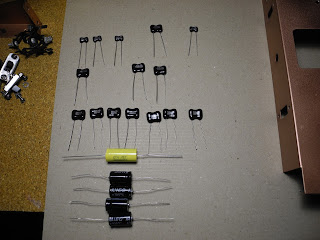 While I had a few of the necessary capacitors in hand, I ordered the rest from Just Radios. They stocked everything I needed, including the silver mica caps. The order also arrived in a couple of days. 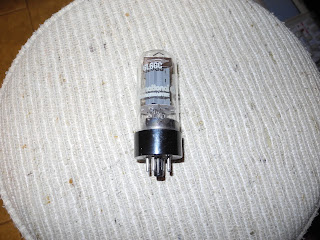 One item that took some research was the 6L6 tube. It is available, but can be expensive because it is also popular with tube-based electric guitar amplifier and hi-fi/stereo enthusiasts. The original metal 6L6 is harder to find than the glass 6L6GC. There seems to be no reason I can't use the 6L6GC and in fact it has better specs, so I opted to go with that. Being in Canada, shipping was quite high from some of the larger tube vendors. I ended up finding a NOS 6L6GC tube on eBay (from a seller in Germany). I have now received it.

Some more searching on eBay found sources for the octal tube sockets and plugs that I needed. These have been ordered but have not yet been received yet (they are coming from China).

I had all the needed resistors on hand.

I will use the original band coils and oscillator coils as they are unique to the AT-1, as well as the variable caps. It appeared that some of the RF chokes in my unit had been replaced with different values (and there were four rather than three -- one appeared to be added as a key click filter). I decided to wind replacements for these myself using toroidal core, which should perform well but not appear original.

I will also keep the power transformer and filter choke. 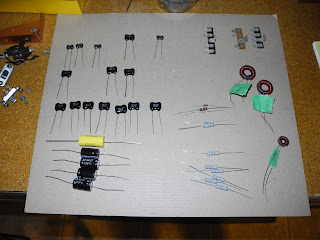 The terminal strips, jacks, switches, and other assorted hardware will be replaced or the existing ones used depending on condition of the original parts and what I have on hand.
Posted by Jeff Tranter at 1:11 PM