JMON is a machine language monitor program I wrote for the Briel Replica 1, a replica of the Apple 1. It was only natural to want to port it to run on my new Superboard ///. Given that both computers use a 6502 microprocessor, and JMON has minimal hardware dependencies, it was not hard to do. In one evening I had it all working on the Superboard ///.

After determining the addresses of suitable keyboard input and screen output routines, I very quickly got it up and running. Most of the work to fully port it was to adapt the output to the smaller screen width (24 characters) of the Superboard. I also had to disable some features that did not apply. It is now fully working and is quite useful, particularly as the built-in OSI machine language monitor is very primitive.

Years ago, when I had an original Superboard II, I wrote some machine language programs by hand assembling them and entering the hex codes into the monitor. I very quickly wrote a disassembler in BASIC in order to help verify and debug my programs.

JMON is cross-compiled on a desktop computer, and both the Apple Replica 1 and Superboard /// versions build from the same source code using ifdefs for conditional code.

Below are some representative screens showing some of the commands.

Posted by Jeff Tranter at 3:42 PM No comments:

My latest retrocomputing project is building the Superboard /// computer kit by Briel Computers.

It is a replica of the Ohio Scientific Superboard II. The original SuperBoard II was one of the first affordable computers that featured a full keyboard, video output, BASIC in ROM. 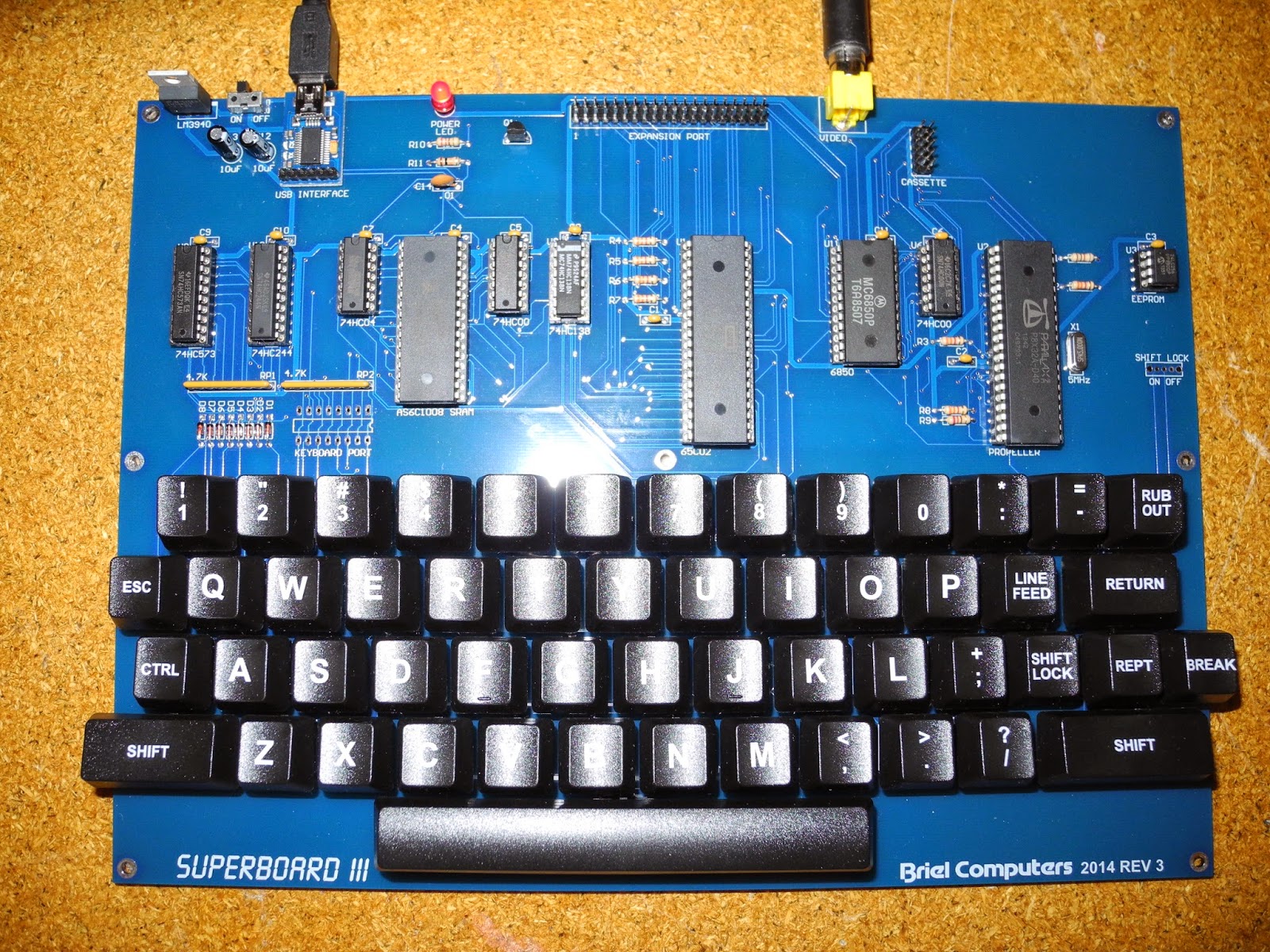 At a price of $279 in 1979, it was an amazing bargain at the time when compared to systems like the Apple II that retailed for about $1300. For that you got an assembled board but needed to add a 5 volt power supply, monitor or TV set and RF modulator, and cassette tape for storage.

I owned one that I purchased in 1979 and it was my first computer. With it, I learned BASIC and 6502 machine language programming.

The SuperBoard /// is Vince Briel's replica of the original SuperBoard. It features a 6502 processor, but simplifies the design by replacing a lot of logic chips with a Propeller CPU. It is software compatible with the original system.

It is sold assembled or as a kit. I opted for the kit. 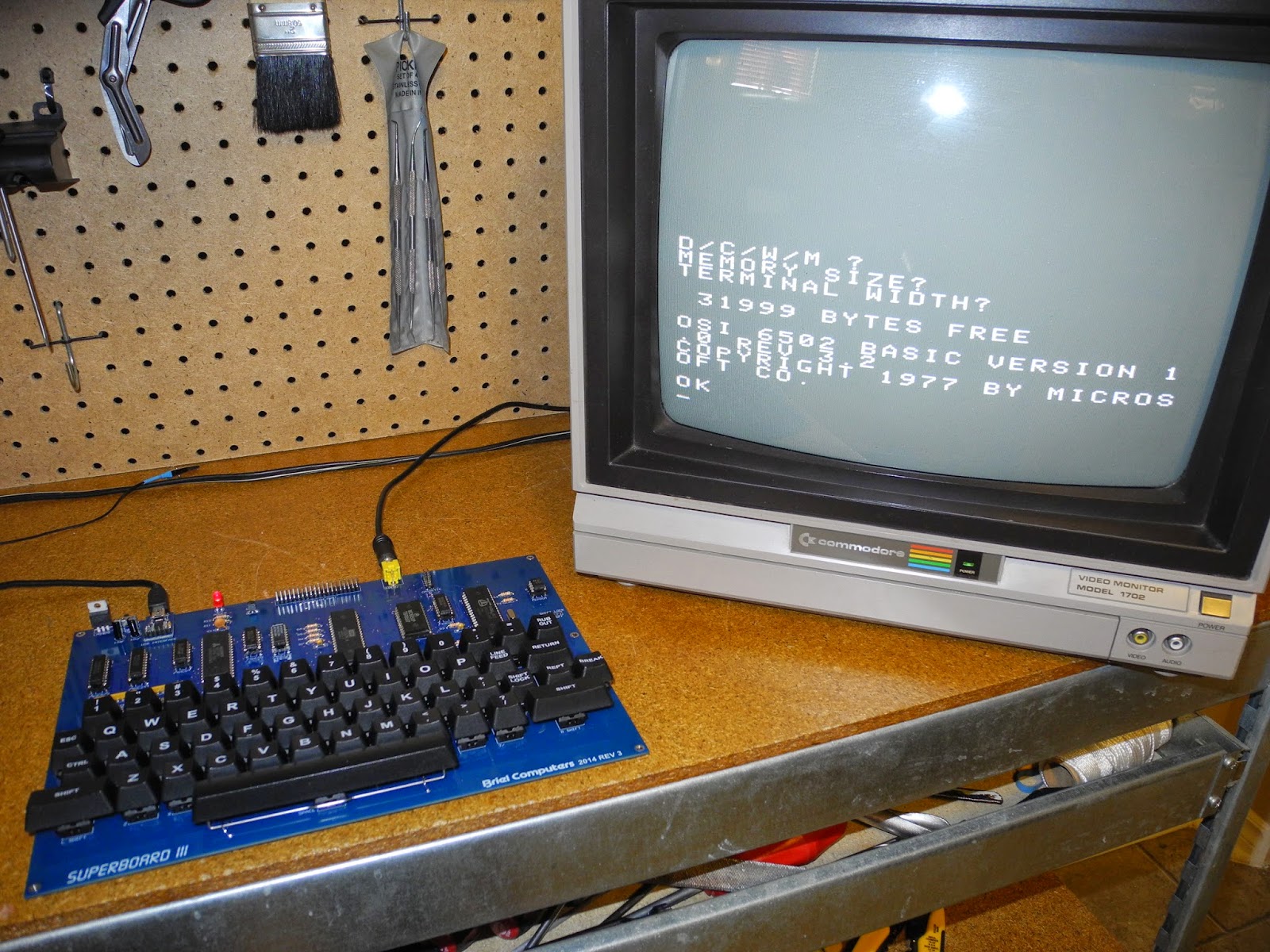 To date I've made three YoutYube videos on the kit, covering unboxing, assembly, and basic operation. They can be found on my YouTube channel.

I also have some files on my github account including a handy Quick reference, the OSI firmware including BASIC, and a port of my JMON monitor program. The Visual Monitor program that I entered a few months ago also works.

Below are some useful web links.