Rebuilding The Heathit AT-1 Transmitter - It's Alive! 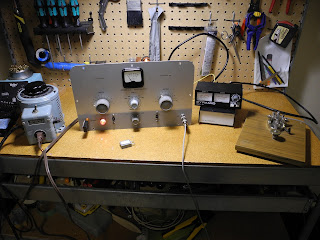 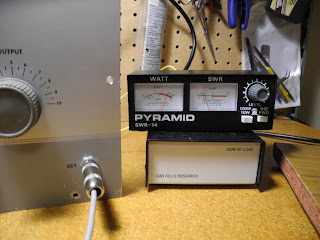 I find it is easier to adjust the driver and output controls by looking for maximum power output rather than the built in meter (the usual procedure is to adjust the driver control for a dip in the grid current and then adjust the output control for a peak in plate current - except for 80 meters where the drive
input is not tuned). The meter is an old iron vane type that is not damped and bounces all over the place until it stabilizes - which is not very good as you need to quickly adjust the controls to minimize the chances of damaging the output tube. 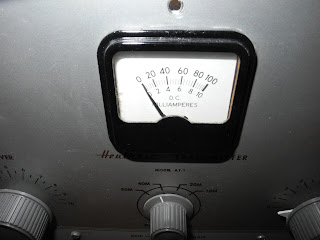 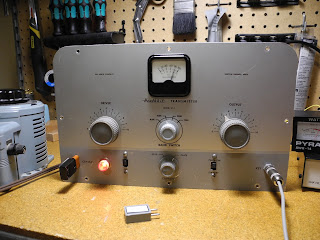 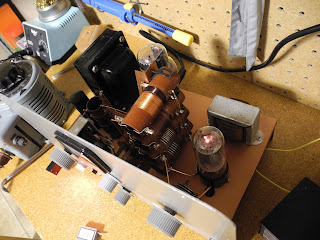 I still need to make some more voltage and power output measurements and look at the output waveform while keying. 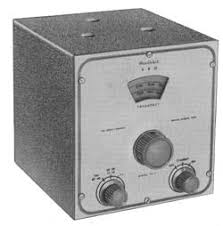 Heathkit sold the VF-1 VFO or Variable Frequency Oscillator that allowed it to transmitt at frequencies set by the VFO rather than fixed with crystals. I hope to acquire one of these some day - they show up on eBay quite often.

The unit could also transmit using AM voice, with an external modulator. Heathkit never offered a modulator kit, but various circuits were published at the time and in fact Heathkit published a suggested circuit in their 1955 sales flyer. It would make for an interesting project to build one - it used 5 tubes (one dual), making it a little more complex than the AT-1 transmitter.
Posted by Jeff Tranter at 9:27 PM