While I was waiting for the tube sockets to arrive so I could get started with assembly, I took a little diversion.

The AT-1 has a socket to accept a crystal in the FT-243 form factor, which was popular at the time it was sold. Since then crystals have generally become smaller, and FT-243 crystals are no longer available. In fact, the demand for radio crystals has gone down significantly in recent years. One of the most well known crystal manufactuers for radio use, International Crystals, founded in 1951, shut down in 2017. 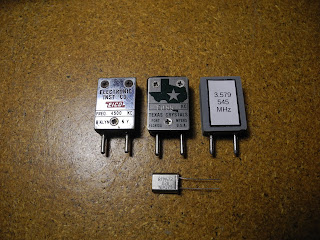 Some FT-243 type crystals are shown here, along with a more modern type meant to be soldered directly into a PCB. 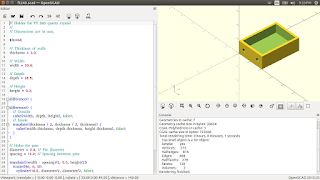 As a little 3D printing project, I spent an evening using openSCAD to design a plastic case that allows a small crystal to be mounted inside, and using a couple of pins from an old octal vacuum tube for ins, turns it into the FT-243 form factor. Here is an example of my prototype. 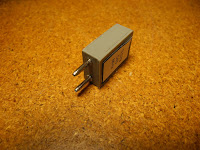 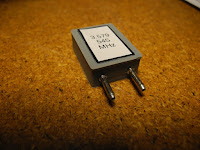 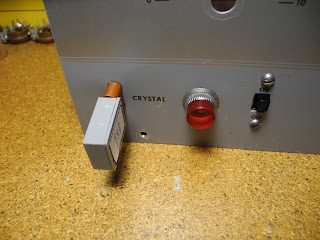 I put the 3D printer model files here and made them freely available in case anyone else wants to use them.
Posted by Jeff Tranter at 9:21 PM