Building a 68000 Single Board Computer - Books


While there are many excellent web resources on the 68000 microprocessor, this is something of a nostalgia project and printed books still have a lot of appeal. I'd like to mention a few books on the 68000 that I own and have found useful. 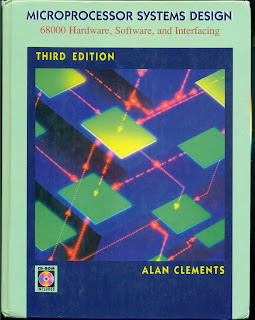 This is the book that the TS2 design is described in. At almost 1000 pages, it has full coverage of hardware and software for the 68000 series up to and including the 68030. Everything is presenting in logical manner with many diagrams. If you are more interested only in the software side, you can skip the relevant sections. It came with a CD-ROM that includes a number of tools including a 68000 cross-assembler and simulator. 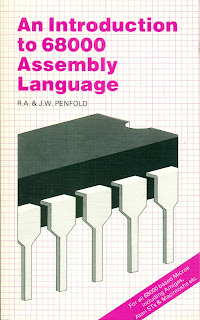 This little book represents the opposite end of the spectrum. Aimed at people who might have owned a 68000-based microcomputer like an Apple Macintosh, Commodore Amiga, Atari ST, or Sinclair QL, if presents the basic of 68000 assembly language programming. In it's 100 or so pages it covers the basic programming model, instructions, and address modes and give a few program examples Nothing is specific to a particular computer. It doesn't go into a lot of depth, but meets the goal of a small pocket-sized book that was inexpensive (British Pounds 2.95 at the time). 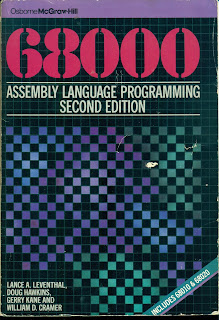 This book was the 68000 version of a very popular series of books by Osborne that covers assembly language programming (I also have the 6502 version). At almost 500 pages, it provides extensive coverage of the 68000 including architecture, instructions and addressing modes. It includes many diagrams and dozens of detailed basic and advanced code examples. This edition also covers the 68010 and 68020. 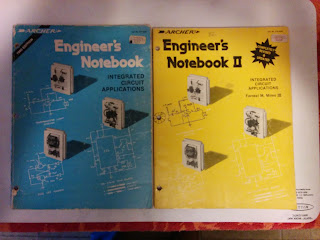 On the hardware side I also referred to my Engineer's Notebooks by Forrest M. Mims III to refresh my knowledge on TTL gates and best design practices.

"68000 Microcomputer Systems: Designing and Troubleshooting" by Alan Wilcox is another book that covers the design of a single-board 68000 computer.