Some time ago built this Geiger counter kit. Details are in this Youtube video. I originally hooked it up via a serial port to a Linux desktop system running an Apache web server and wrote a simple shell script that displayed the current radiation level. Recently I moved it over to a Raspberry Pi.

The serial port uses the AdaFruit FTDI friend to convert the 3.3V level serial port on the Geiger counter to a USB serial device.

My son recently wrote some Python code to generate a nicer looking web page that includes a graph.
It uses the RGraph library.

I then made a little C program that reads the radiation data from the serial port, and writes it out in CSV format so it can be easily parsed by the Python code that generates the graphs. A cron job updates the web page every hour with the latest data.

Here is a picture of the hardware setup using a Raspberry Pi as the attached computer which is running the Apache web server: 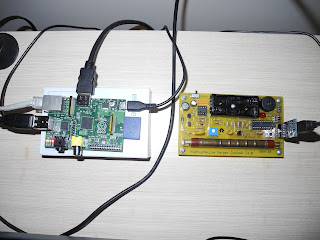 And here is a closer shot of the Geiger counter: 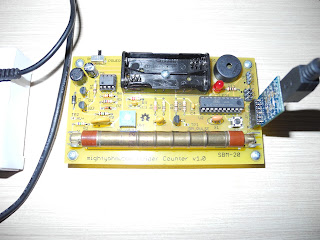 Here is an image of a typical web page: 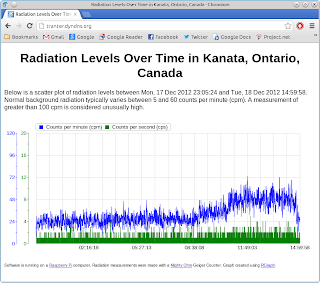 And here are some items that I use for testing the Geiger counter that are slightly radioactive: a couple of buttons made from glass that is coloured with Uranium: 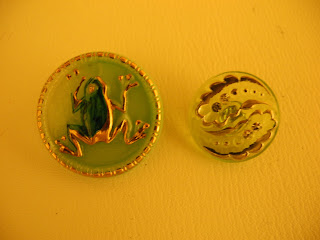 If the system is active and I am not otherwise using the Raspberry Pi for something else, you can see the graph at this URL.

Do you have an example of the html code of your radiation graph? I would like to use RGraph for sterilization cycle trends and the graph you created looks like the perfect template. The link to the site http://tranter.dyndns.org/ is not active. Thanks a bunch for your help.