Building a 68000 Single Board Computer - Introduction

I recently started a new hardware project that I plan to document here as it progresses.

I've built several retro-computers from kits that use the 6502 and 8080 processors, including the Briel Replica 1, Altair 8800, and Superboard III. While most of my work on these systems was with software, for the Replica 1 I did a little hardware design and built a 16K RAM/ROM memory board as well as a 65816 CPU adaptor. In the back of my mind I eventually wanted to do a more ambitious hardware design project. 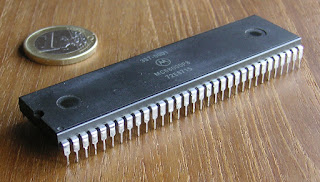 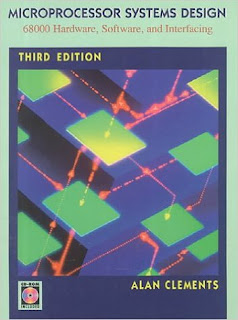 I bought an excellent book on the 68000: Microprocessor Systems Design 68000 Hardware, Software, and Interfacing by Alan Clements. This is one of the best books on the 68000 in my opinion, covering both software and hardware in some detail.

The book describes a 68000 single board computer called the TS2. It was used for training at the University of Teesside where the author taught. It was similar to, and mostly software compatible with, the Motorola 68000 Educational Computer Board.

I realized that there was enough detail in the book, including schematics and theory of operation, that the board design could be replicated. Unlike some designs in textbooks, this one had actually been built and tested. The book also included on CD-ROM the code for a monitor program for the board so I would not need to write one from scratch.

I felt that designing a 68000 based single board computer from scratch myself was too risky a project, but using an existing design would have a good chance of success. I did see a number of challenges:


These challenges all looked surmountable, and even if it got stalled or failed, the project would be a good learning experience, so I decided to go ahead with it.
Posted by Jeff Tranter at 12:54 PM

WRT to schematics, there is not much to it. Connecting periphery to 68000 is mostly kidstuff.

I have a manual, circuit diagram, and GAL logic for a commercial 68008 board.
And many peripheral boards it can talk to. It runs EHBASIC. Let me know if you are interested.