A recent hardware project of mine was to build a Softrock Ensemble II kit. This is a Software Defined Radio amateur/shortwave radio receiver. Software Defined Radio, or SDR, is a relatively new trend in radio technology that utilizes software running on a computer to perform much of the processing of the radio signals. In the case of the Softrock, it uses a PC and sound card for signal decoding and playback. 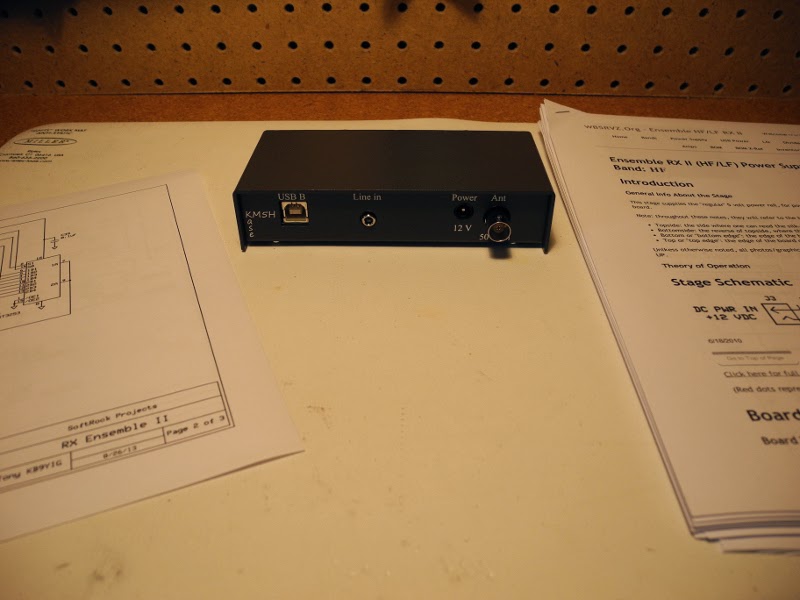 Details of the Softrock series of radios are well covered in many articles. I'll just mention some of my experiences constructing the kit.

The kit comes with all parts other than cables and power supply. There is a very nice optional case available which I opted for.

While it is a small board, there are many components to install, both through-hole and surface mount, on both sides of the PCB.

I assembled my unit over a period of about ten days, working an hour or two most evenings. I encountered no major problems. A few assembly details I had to confirm on Internet postings. I have only briefly tested it with a PC so far, but was able to pick up quite a few amateur radio signals just using a short piece of wire for an antenna (while I was building it my amateur radio antenna was down to do roofing work).

Having built the kit, I can offer a number of suggestions and advice to other kit builders.

There are a significant number of parts on the kit. Take an inventory of them all and check them off against the parts list. The board is built in functional blocks. Either separate all the parts for each functional block, or do so when you start working on a block. 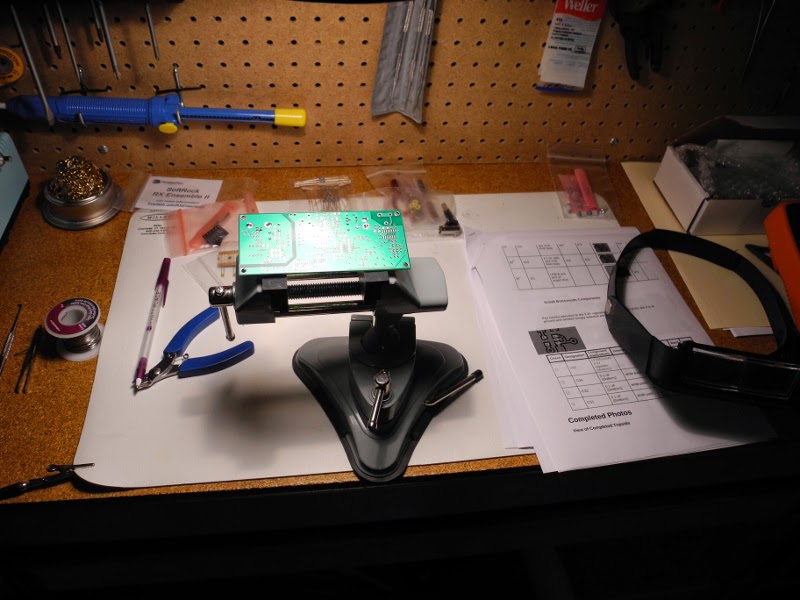 Take your time with assembly. I like to make a hardcopy of assembly instructions rather than reading them off of a computer screen. This allows me to check off the steps and make notes.

Check the parts carefully. I generally built no more than one functional block in a session, as per the assembly instructions. Because there are HF and LF versions, there are differences in construction and you will have some extra parts left over. Make sure you use the correct set of instructions for the model you are building. The on-line instructions are good but there are some minor typos. Some potentially confusing instructions are related to PCB changes and coil winding. Some modifications described are no longer applicable to the latest revision of PCBs, so watch out for this. 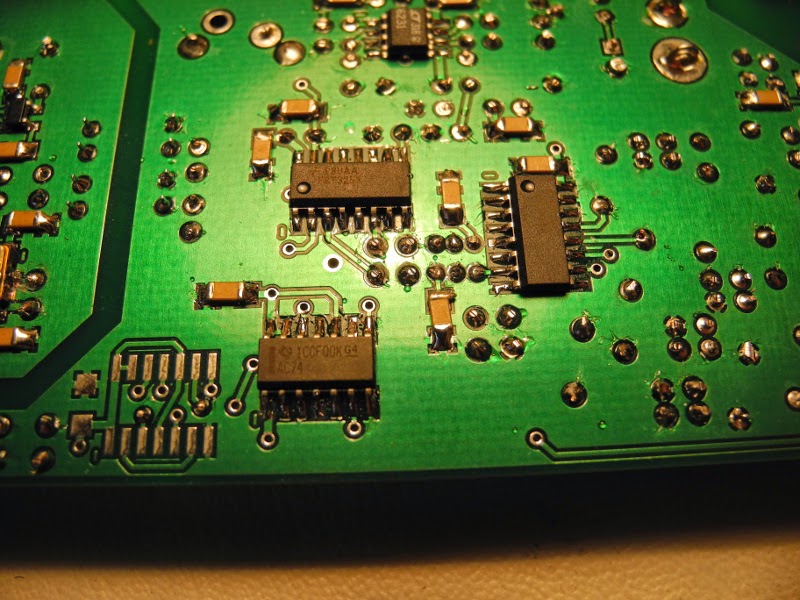 The SMD soldering may look daunting, but it can be done with a steady hand. Use a small tip and small diameter solder. Use a magnifier and inspect you work carefully for good joints and no solder bridges. Watch some of the SMD soldering videos on the Internet. The only trouble I had was with some solder bridges around the oscillator module. It has extra pins that should not be connected and they got bridged. Liquid solder paste may be helpful when soldering, but I did not have any when I built mine. I did clean the tracks first with a soft eraser. If the assembly is beyond your comfort level you can buy the radio assembled. Or you may want to build the simpler and lower cost single band Softrock Lite II version.

Measure all parts with an ohmmeter and cap meter if you have one (e.g. in your DMM). While parts are unlikely to be bad, it is easy to misread the colour codes and install the wrong part (particularly for resistors). As I have a digital LC meter, I also measured the inductance of the toroids after winding them just to double check. 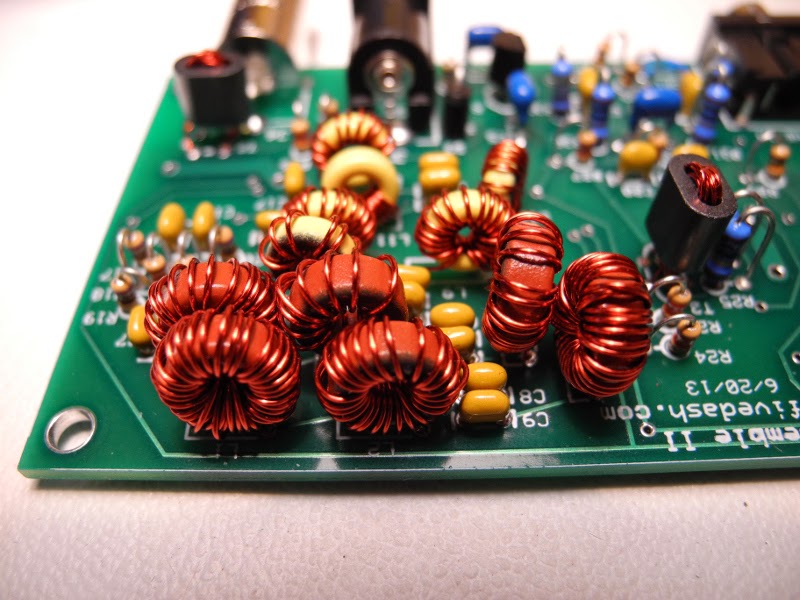 Some people don't like winding toroidal inductors. This kit has a lot (12 coils and three transformers), but most of them are straightforward single winding coils. Assembly is not too hard, although some of the cores are quite small. The coils use larger gauge wire than the transformers, which is easier to strip without breaking the wires.

Follow all the tests for each stage. This can be done with a DMM, although an oscilloscope is nice to have. A frequency counter, if you have one, is also helpful. 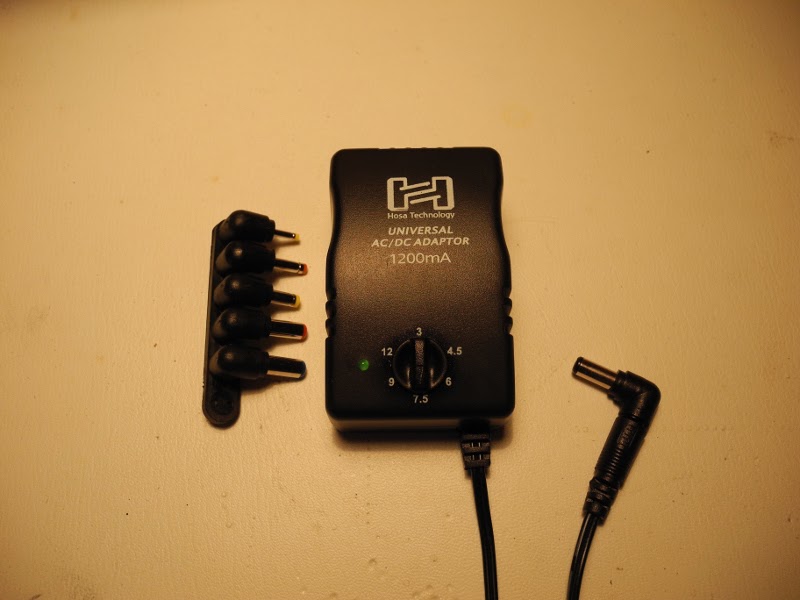 For power, use a decent regulated power supply, not a "wall wart". I found this low cost supply [picture] on Amazon that is switchable for different voltages and comes with all the common power connectors, and is regulated. 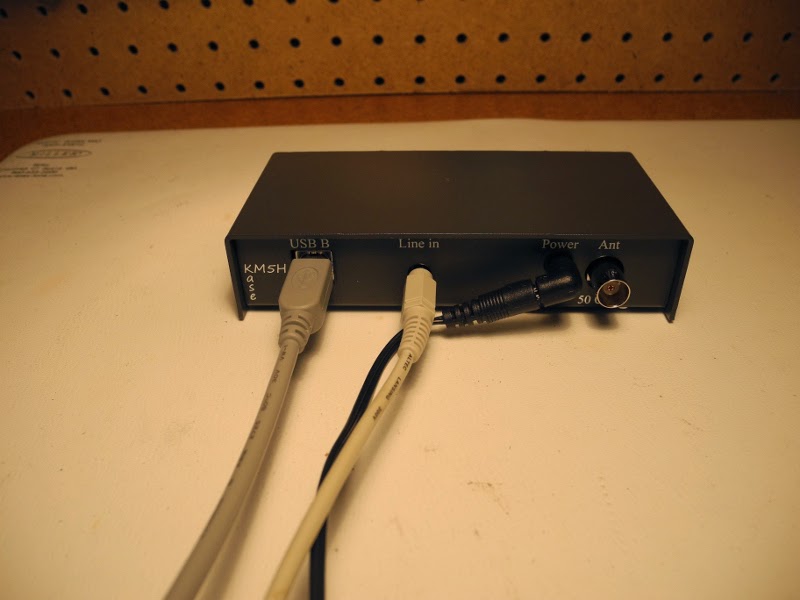 I recommend ordering the optional case. It makes the unit look professional and protects it. Join the Yahoo Softrock discussion group. Expect to spend a lot of time setting up and learning the software side. There are several software packages to choose from. 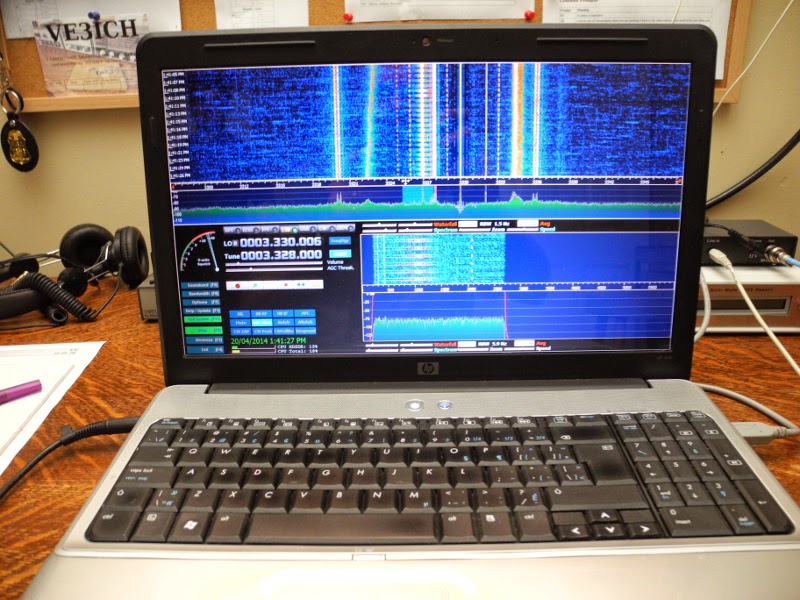 I have only done some preliminary testing of the unit hooked up to a computer, but it seems to be working fine. I will probably post more updates here after I have played with it some more.