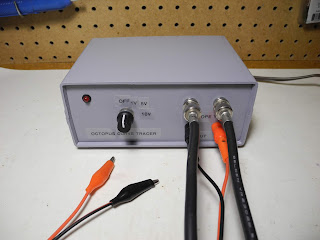 I recently put together an interesting little piece of test equipment. It is a simple curve tracer, sometimes called a V/I curve tracer or an Octopus curve tracer (because it has eight wires coming out of it).

It is used for testing electronic components and circuitry, and works in conjunction with an oscilloscope in X-Y mode (where the X and Y axes indicate the voltages on each channel and no time base is involved).

The basic idea is to apply a small (typically 1 volt) AC voltage across the unit under test (UUT). The voltage across the UUT is connected to the oscilloscope's X or horizontal axis. The current through the UUT is sampled across a resistor and applied to the scope's Y or vertical axis. The pattern on the oscilloscope indicates the current/voltage characteristics of the UUT on the display. The pattern, sometimes called a signature, gives information about the UUT.

For example, An open circuit, with voltage but no current, will appear as a horizontal line (the pictures here were taken using an oscilloscope and the unit I built): 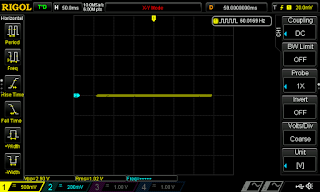 A short circuit, with current but no voltage, appears as a vertical line: 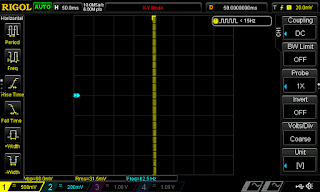 A resistor will show a diagonal line, with the angle varying depending on the resistance: 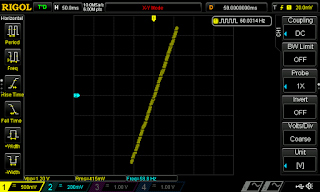 Capacitors and inductors are more interesting. They will cause a phase shift between the current and voltage, resulting in a circle or ellipse whose width depends on the value of capacitance or inductance. Here is a capacitor: 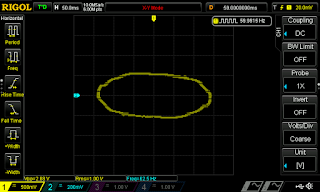 A combination of resistance, capacitance, or inductance will show both a line and a ellipse.

A diode (or the semiconductor junction between two leads of a transistor) will show the characteristic "knee curve" of a diode where it conducts in only one direction once the forward voltage is reached (recall that we are applying an AC voltage so we can see both forward and reverse behavior): 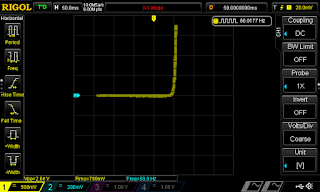 The tester is most often used to test components. It can be used in-circuit, provided that the unit under test is powered off.

In the simplest version of the tester the AC voltage is fixed and derived from the AC line using a transformer. I built a version based on the QEX article listed later under References which provides three selectable voltage ranges of 1 volt, 5 volts, and 10 volts RMS. This allows devices like Zener diodes to be tested that require higher voltages in order to see them conduct in the forward direction. In all cases the current is limited to about 1 mA to prevent damage to the device or tester.

The tester is generally safe for testing all components, with a couple of exceptions. One is electrolytic capacitors, which shouldn't have a reverse voltage applied to them (although I doubt that a few seconds applied to the tester would do any permanent damage). Also LEDs have a relatively low peak inverse voltage rating (typically 4 to 5 volts) that could be exceeded on the higher ranges.

I build my unit based on the design described in the 2017 QEX article. As mentioned, this design incorporates three voltage ranges. It uses trimmer pots to allow the output voltages and short circuit currents to be adjusted. I modified the circuit slightly, adding a fuse and using the range switch to control power as well. I adjusted the resistor values to work with my power transformer, aiming for for 1, 5, and 10 volt RMS ranges and 1 mA maximum current. 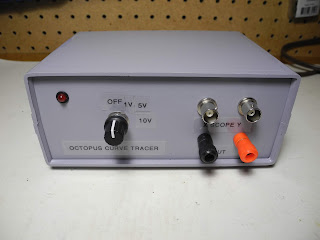 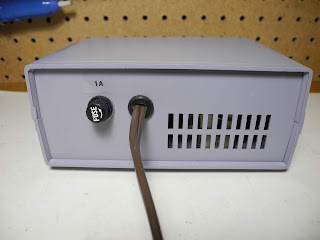 Parts came from my junk box as well as some low cost new parts ordered from eBay sellers in China. The transformer was an approximately 12 volt secondary unit found in my junk box. The case, rotary switch, and most of the connectors were new parts, including some low cost test leads with banana jacks and alligator clips.

I built the circuitry "ugly style" on a piece of copper clad PCB using MeSquares from QRPme.com. It was then wired to the switches and connectors in the case using point to point wiring. 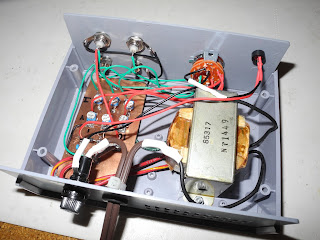 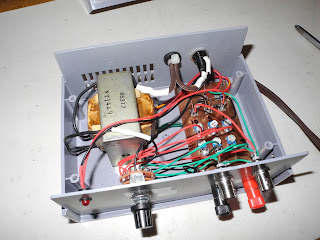 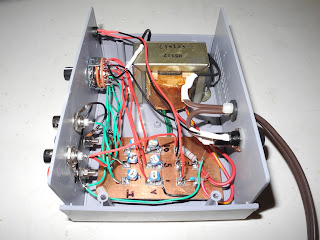 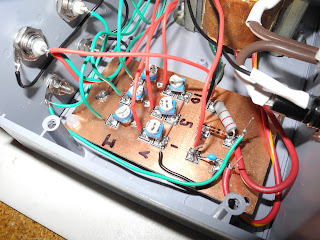 The unit is calibrated by connecting an AC voltmeter to the red and black leads and adjusting the appropriate pots for the desired open circuit voltage on each range. Then an AC current meter is connected across the leads and the current limiting pots are adjusted for a current of 1 mA on each range,

The summary of how to use the unit is the following:


Overall it looks quite nice and I plan to keep it handy on the bench. If you have an oscilloscope that supports X-Y mode, I would encourage you to try you hand at building a unit.

Commercial products based on this technique exist. The "Huntron Tracker" is one such unit. Semiconductor curve tracers are also similar but more sophisticated. Some oscilloscopes also offer a curve tracer function built in with a "component test" mode.

Hello, I have two questions:
1) What is the capacitor value in your project (I can´t found a 470nf a 400V like the Ferreira project)?
2) In your design, yo only use two of the leads of the trimpot?

Thank you and sorry for my english and for the questions, Im a totally noob in electronics.

Is there a link to a schematic for this build?