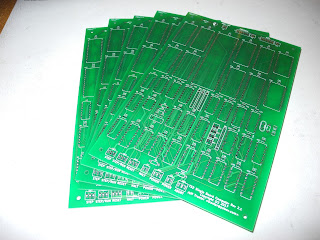 After almost three months of waiting, my printed circuit boards arrived! I had just about given up, and was in the process of filing a PayPal dispute when they finally showed up. 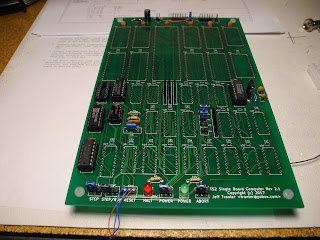 These were manufactured by EasyEDA.com. They were very low-cost and the boards are high quality double-sided, plated through, solder masked and silk screened. I found it very easy to upload the design files from kicad to EasyEDA.com.

I had to order a minimum of five (I actually received six) but the cost was lower than most other vendors for one board. 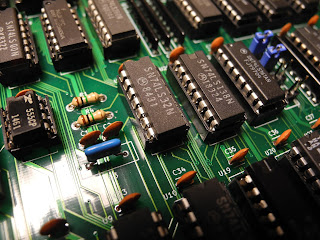 This was the first PCB I have ever layed out. I expected a few errors, or possibly something that would make the boards unusable. It turned out I did have a few issues. Somehow a few power connections were omitted in the layout. I'm not yet sure if this was my fault or a bug in Kicad or the router software. I did make one glaring error that I had overlooked on the schematics - the UDS* and LDS* signals to the 68000 were reversed. When I wirewrapped my prototype I had connected them properly. 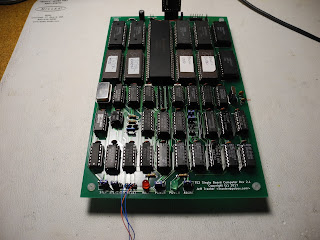 As compared to the wirewrap version that took the better part of a week (part time) to wire up, assembling the PCB took only a couple of hours, and much of that was making some sockets out of smaller sockets and carefully checking that the right ICs got installed. 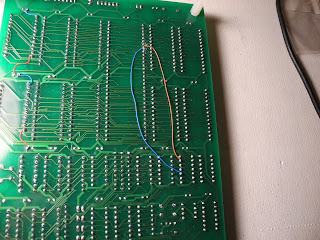 I had to add a few "bodge" wires to correct the missing and incorrect wiring. After that, the board is working 100%. It looks very nice. I layed it out so that the switches and LEDs could be mounted externally from the board in a case. I may install it in a case once I find a suitable enclosure Or I may again just mount a piece of plexiglass over the top. 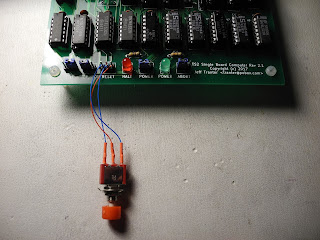 At the moment I have no plans to make more boards, and I only have enough parts for one (I had to cannibalize the parts from the wirewrap prototype).

I will shortly update the design to address the layout issues and make a set of files for a rev 2.1.1. 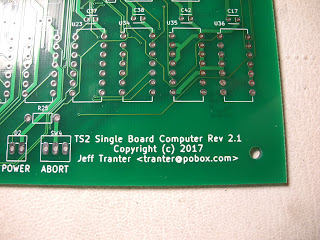 All in all I am quite happy with my first PCB layout. When I started with kicad I didn't think I would bother beyond wirewrapping a board. It is very gratifying to see a professionally looking board that has my name on it.

Jeff,
This project is great, I have been reading your posts with great interest.
I have a 2nd Edition copy of the Clements book and have intended building something based around the TS2 for quite a while now but just can't face doing all that wire wrapping.
Your PCB design looks just the part and I have most of the IC's so I was considering getting a few boards made using your design.

I notice the latest version in the Github repo is 2.1 so I assume that doesn't have the corrections and would thus require the 'bodge' wires?

Are you close to releasing 2.1.1 which as I understand it will have the fixes?

If I am going to get some boards made it would of course make sense for me to wait if the newer version is imminent.

Either way its a wonderful project so thank you for taking the time to write blog entries showing the progress.

I noticed that your github for V2.1 includes comments that they were updated for V2.1.1 and the new gerber files include the V2.1.1 designation on them.
I am ALMOST ready to make my own PCB's and try building one of these myself.
I grew up with the Z-80 based machines, but was always interested in the 680X0 family.
Thank you for your work on this project. I'll let you know if I ever get past the "want-to" stage.

Greetings
I am interested in constructing your 68k single board computer . I wonder if
you have any of the PCB's left as I would like to purchase one .
Looking forward to your reply
Regards
Philip

I finally pulled the trigger and ordered a set of V2.1.1 boards from JLCPCB.
Now to start getting the parts to fill the board and see how it works.