I recently built a Briel Altair 8800 computer kit. Introduced in 1975, the original Altair 880 was one of the first computers that could be built by a hobbyist. Microsoft's first consumer product was a version of BASIC for the Altair. 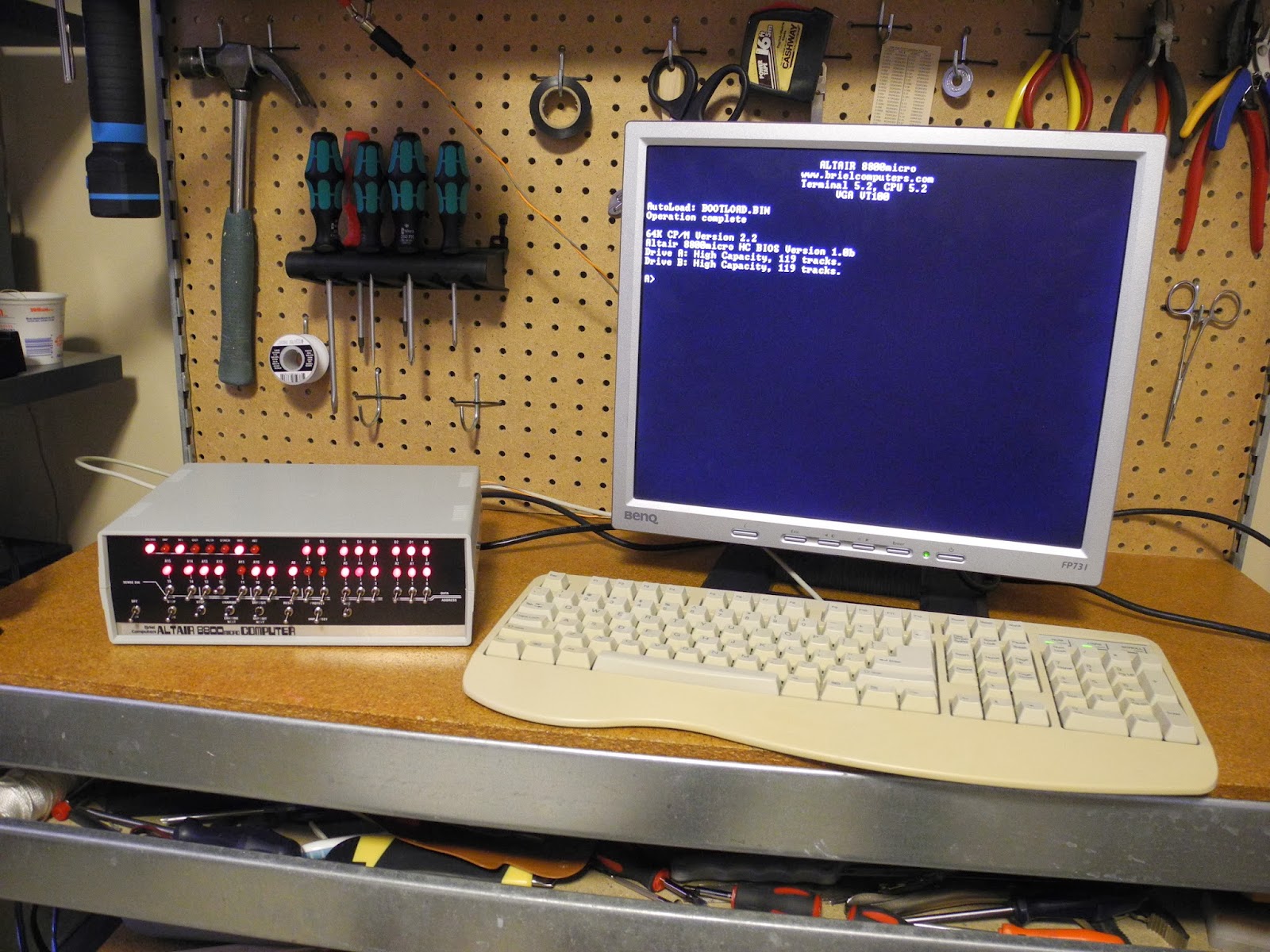 Vince Briel has been selling a replica of the Altair 8800 for a few years. As the front panel requires some custom manufacturing, the kits are offered in batches. Late last year pre-orders were taken for the fourth batch of the kits, and I placed my order for a kit (he also sells fully assembled systems). I also ordered the optional RAM disk that emulates two floppy disk drives and allows the system to run the CP/M operating system. 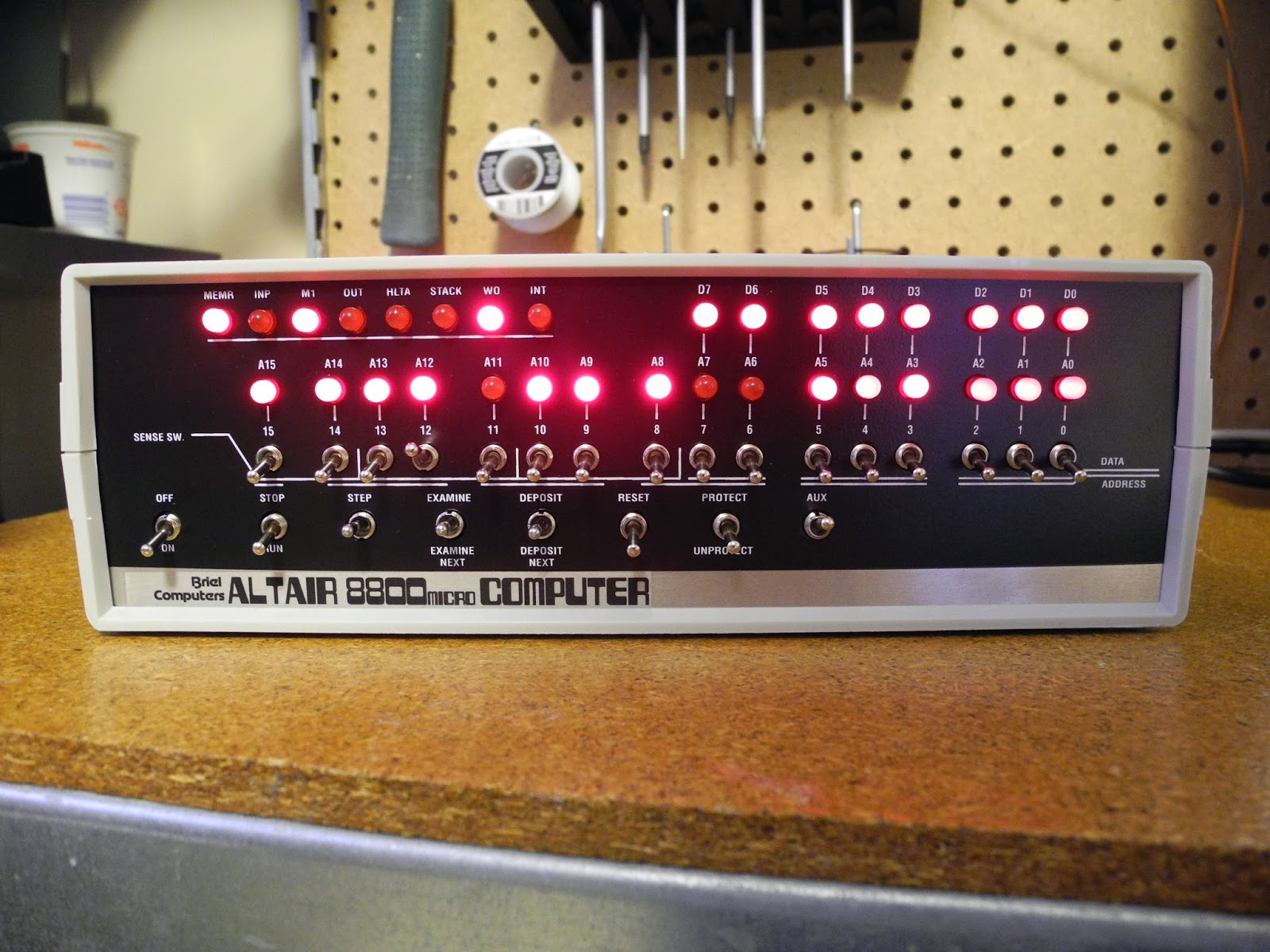 I've made a series of YouTube videos documenting my experiences with the system:


While I tried some original Altair programs like BASIC, and toggled some programs in with the front panel switches, mostly I have been running the CP/M operating system. I used CP/M back in the 1980s on several platforms, including an Apple II with a CP/M card. The old dial-up Bulletin Board (BBS) Systems, predating the Internet, often used CP/M and gave users command line access to it. 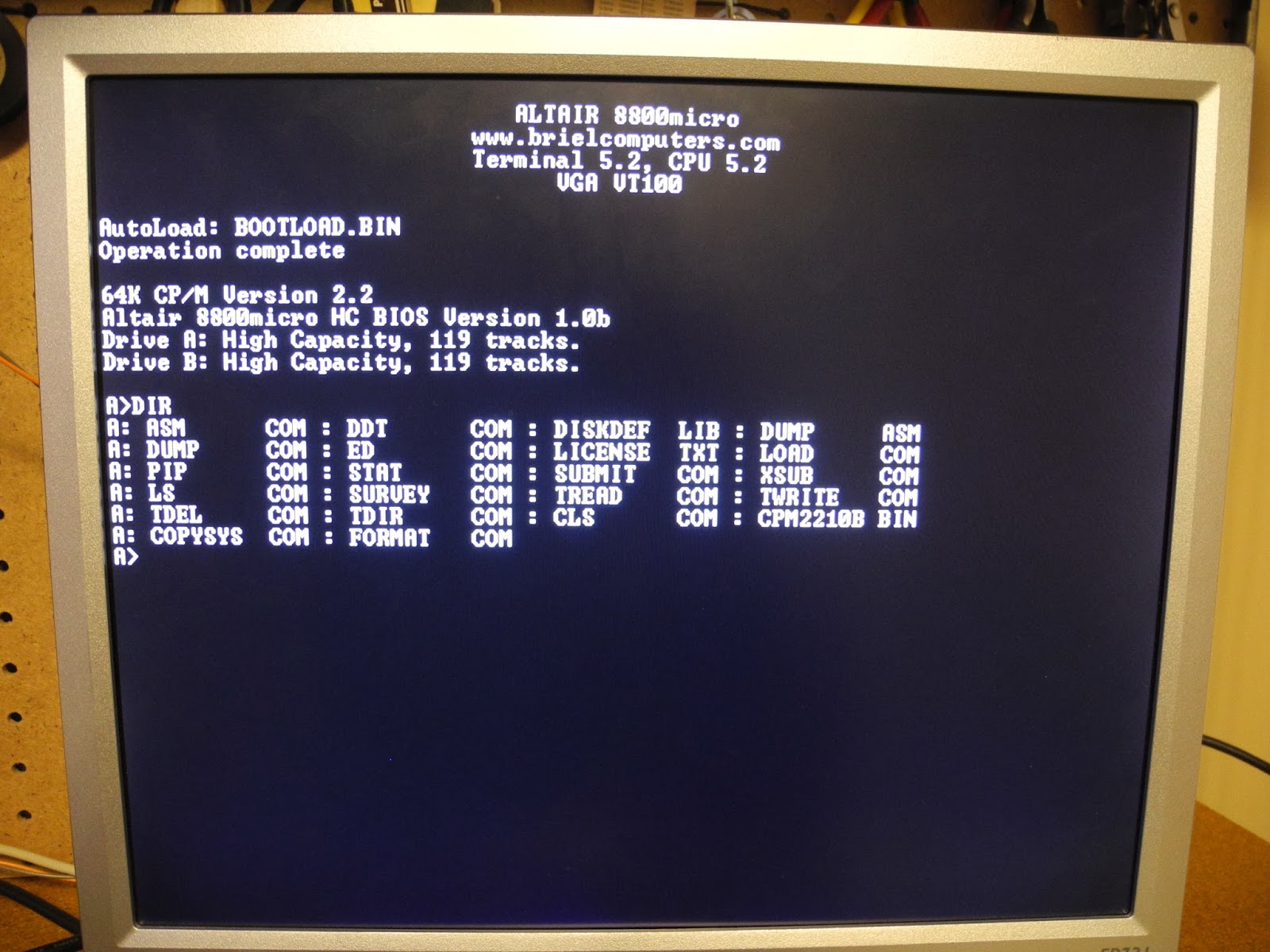 These are great fun. You might enjoy my YouTube of one of these beasts playing Star Trek on an authentic period terminal.

Enjoying your blog posts. I have built and am using several Briel replicas (kim-1 and altair).

I recently purchased an PiDP from Oscar Vermeulen (felt like I was soldering forever on this one). His PiDP PDP 8 has been very fun. It's require me to think a bit differently than what I'm used to. I highly recommend it, if you decide to get one, I would love to see a post on it.